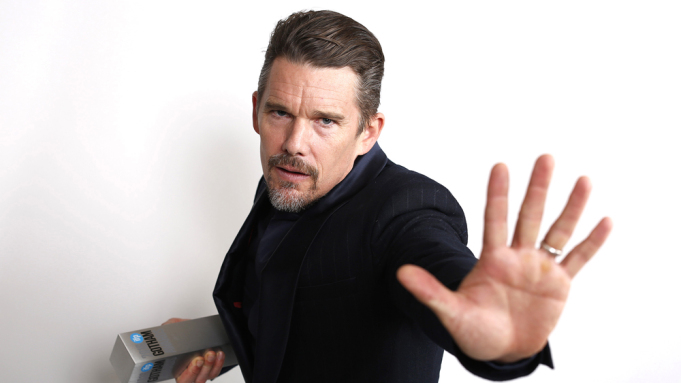 Ethan Hawke has been cast in a leading role in the “Moon Knight” series at Disney Plus, Variety has confirmed with sources.
The exact details of Hawke’s character are being kept under wraps, but he is reportedly set to play the show’s lead villain. Variety previously reported that Oscar Isaac is set to star in the series in the title role. It was also previously reported that May Calamawy is attached to star in the series.
Reps for Marvel and Haweke declined to comment.
Hawke is a four-time Oscar nominee, including two for best supporting actor for “Training Day” and “Boyhood” and another two for best adapted screenplay for “Before Midnight” and “Before Sunset.” His other recent film roles include 2016’s “The Magnificent Seven,” “Valerian and the City of a Thousand Planets,” and “Tesla.”
He most recently starred in the Showtime series “The Good Lord Bird” as abolitionist John Brown, which marked Hawke’s first TV starring role.
He is repped by CAA and MGMT.
“Moon Knight” tells the story of Marc Spector (Isaac), an elite soldier and mercenary who decides to fight crime after he becomes the human avatar of Khonshu, the Egyptian god of the moon.
It was previously announced that Jeremy Slater will serve as the writer, executive producer, and showrunner on “Moon Knight.” As with all the Marvel-Disney Plus shows, it will be produced by Kevin Feige’s Marvel Studios. Mohamed Diab, Justin Benson, and Aaron Moorhead will direct.
The Hollywood Reporter first broke the news of Hawke’s casting.