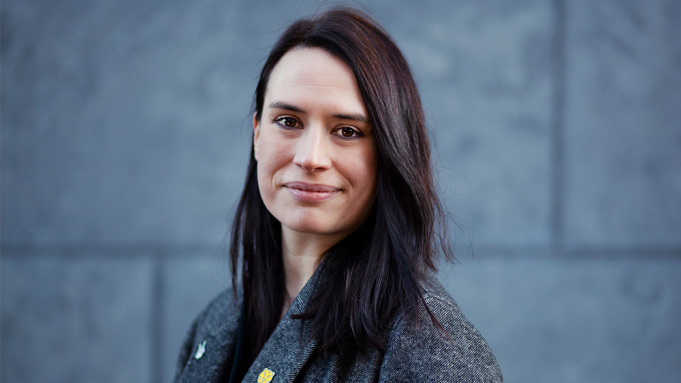 The Intl. Film Festival Rotterdam is celebrating its 50th anniversary under a new artistic director this year, and while the event has been forced online due to the ongoing pandemic, organizers are hopeful that an extended edition in June could see festgoers returning to cinemas this summer.
Moving the festival and its IFFR Pro Days industry section online has nevertheless created opportunities.
For festival director Vanja Kaludjercic, it became apparent early on that her debut would be different than what she had originally anticipated. Netherlands went into lockdown two weeks into her new job in early March 2020 along with much of the rest of the world. The development “quite quickly gave us a clear idea that we had to start planning a very different festival,” she says.
Praising her colleagues, Kaludjercic adds: “This team is very resourceful, skilled and very creative. It helped us very early on to form work groups and start thinking about what the festival could offer instead.” Running Feb. 1-7, the first part of IFFR will focus on the main Tiger, Big Screen and Ammodo Tiger Short competitions as well as the Limelight sidebar, a preview of upcoming arthouse releases.
The festival kicks off with Limelight title “Riders of Justice,” Danish helmer Anders Thomas Jensen’s comedy thriller starring Mads Mikkelsen.
Other high-profile pics in the section include Kelly Reichardt’s “First Cow” and Benoît Jacquot’s “Suzanna Andler,” starring Charlotte Gainsbourg.
Among the titles unspooling in the Tiger Competition are Karen Cinorre’s U.S. drama “Mayday,” featuring Grace Van Patten, and “Friends and Strangers,” James Vaughan’s Australian comedy-drama about displacement and disconnection among millennials.
While originally planned as a hybrid virtual and physical event, the fest will now take place completely online due to extended lockdown measures. The online platform will, however, make the entire program available to audiences across Netherlands, providing an ideal opportunity to attract new festgoers, adds Kaludjercic, a former acquisitions director at MUBI. She previously worked at IFFR as well as at the Sarajevo and Netherlands film festivals.
“There are a lot of engagements for the audience that bring additional context and attention to the films in a way that only a festival can, even if that happens in a virtual space,” she says.
Dividing the festival between February and June has also facilitated the overall organization during the pandemic, Kaludjercic says.
“When you have such a big factor of external unpredictability, I think it’s important to also create moments that enable you to maximize the opportunities that you have and work around limitations. In that regard, it was helpful to do a multi-part hybrid festival version, which allows that.”
She adds: “This is a very special and extraordinary edition in many ways, not because we’ve decided to go with this unprecedented format for the festival but also it’s our 50th anniversary — perhaps no better time to experiment with something new. When you break loose from the conventional form of the festival, what are the opportunities that emerge there?”
Likewise taking part in February is IFFR Pro Days. The industry section includes the CineMart co-production market; Rotterdam Lab, which is hosting 70 participating producers from around the globe; and Pro Hub, which brings together filmmaker and professional mentors.
“It was very important for us to determine what the real needs of the industry are at this exact time during this pandemic and how we can contribute to that in the best way,” says IFFR Pro head Marit van den Elshout.
IFFR Pro, which also oversees the Hubert Bals Fund and last year joined the Creative Producer Indaba initiative to support African producers, plays a key role in supporting international filmmakers. The decision was made early on to present CineMart and the Rotterdam Lab online in order to ensure all attendees could take part, van den Elshout says.
She notes that video conferences had already begun to replace physical meetings before the pandemic in an effort to reduce air travel and increase efficiency, particularly for the Hubert Bals Fund selection committees, whose members are scattered around the world.
“Of course we like to have the payoff of the festival and bringing people together,” she adds. “That’s essentially what we do — creating bonds and creating connections, and that remains easier in a physical space. But I do think this has accelerated some of these issues in the industry that we needed to tackle anyway. I mean, we were a traveling circus, meeting each other all over the world or flying wherever in the world to participate in one panel. I don’t think that we will go back to that anymore to be honest.”
Online meetings also provide greater opportunities for people who are unable to travel to Rotterdam, she stresses.
The IFFR Pro summer edition will likely focus more on “reflection and networking than actual business,” van den Elshout says. “June will be very audience-focused, but there is already growing industry interest to come and see films, meet each other, have drinks and chat. We have all learned to appreciate the small things.”