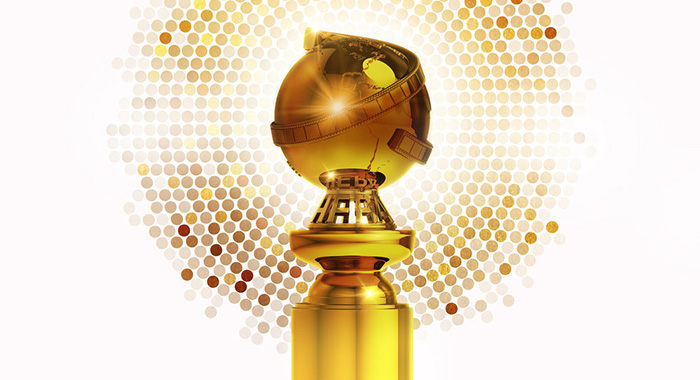 NOMADLAND, BORAT, THE QUEEN'S GAMBIT DOMINATE AS THE ACTING CATEGORIES DELIVER BIG SHOCKS THAT COULD CHANGE THE AWARDS RACE. CHECK OUT THE FULL LIST OF GOLDEN GLOBE 2021 WINNERS!
The Golden Globes battled through tech glitches, the challenges of a first-ever bi-coastal ceremony, and a ton of pre-event controversy and somehow managed to pull it off, awarding – largely without incident but with plenty of self-reflection – the best movies and TV and streaming series of 2020. (Well, the best according to the Hollywood Foreign Press Association, at least.)
So: Who won?
There were some big surprises, though, particularly in the movie acting categories, with Rosamund Pike picking up Best Actress in a Motion Picture – Musical of Comedy for her acidic work in I Care A Lot, Andra Day winning Best Actress – Drama (arguably the night’s biggest shock), and Jodie Foster throwing a wrench in the awards-season works, winning Supporting Actress for The Mauritanian.
On the TV and streaming front, Netflix dominated, with The Crown taking home more awards than any other series – four, including for Best TV Series – Drama, and acting wins for Josh O’Connor and Emma Corrin – and The Queen’s Gambit winning for Best Limited Series, Anthology, or TV Movie, and star Anya Taylor-Joy winning, too. Pop TV’s Schitt’s Creek was another big winner, taking home Best TV Series – Comedy and Best Actress in a TV Series – Comedy for the iconic Catherine O’Hara, but not pulling off the sweep it managed at last year’s Emmys.
See below for the full list of 2021 Golden Globe winners (and nominees).
https://editorial.rottentomatoes.com/article/golden-globe-winners-2021-full-list-of-winners/