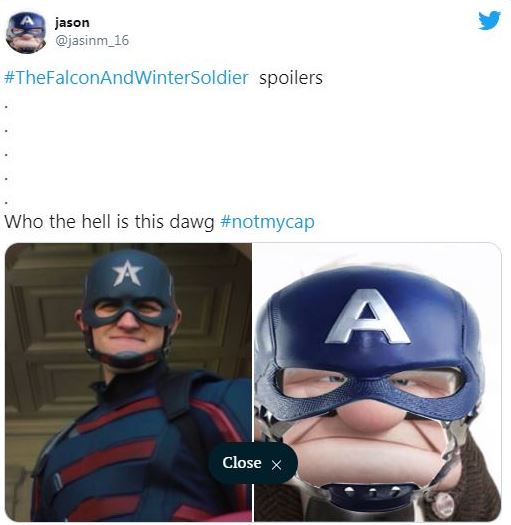 Marvel Studios premiered The Falcon and The Winter Soldier on Friday. The Disney+ show sees Anthony Mackie and Sebastian Stan reprise their Avengers: Endgame roles.
With the debut of The Falcon and The Winter Soldier on Friday, the Marvel Cinematic Universe returned to its roots. Though the Disney+ show's first episode focused on the whereabouts of Sam Wilson (Anthony Mackie) and Bucky Barnes (Sebastian Stan) following the events of Avengers: Endgame, it was the scene featuring a new Captain America that has left fans in dismay.
In the first half of the premiere episode, Sam returned Captain America's iconic vibranium shield to the government because he felt he hadn't earned it. However, by the end of the episode, the government revealed its own Captain America (played by Wyatt Russell).
The turn of events led to several reactions on social media. Fans chanted "Not My Captain," to express their shock and added that Sam deserved better. Although the makers haven't revealed the true identity of the man under Cap's uniform, his jawline reminded fans of the character Carl Fredricksen from Disney Pixar's 2009 movie Up.