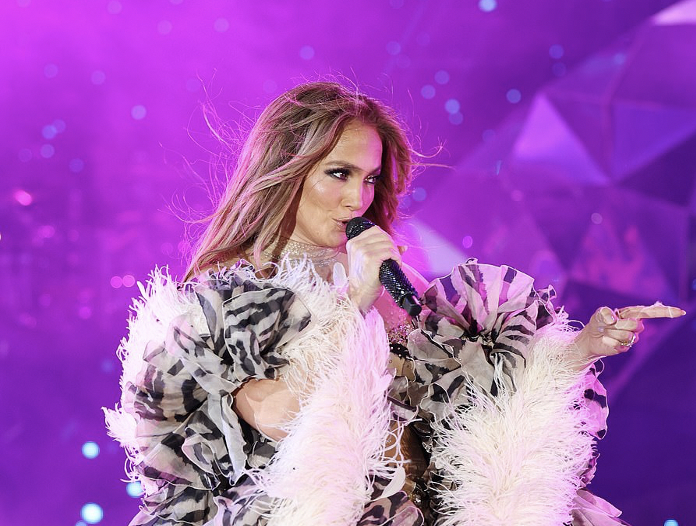 At the LuisaViaRoma for UNICEF charity gala, Jennifer Lopez lit up the stage wearing a wild custom look by designer Roberto Cavalli.

Jennifer Lopez wowed the crowd at the LuisaViaRoma for UNICEF charity gala on the Italian island of Capri on July 30, marking her first performance since marrying Ben Affleck earlier this month.

At the star-studded event, J.Lo dazzled under the stage lights wearing a wild zebra-print ensemble by Roberto Cavalli, adorned with sparkles with a matching feathered and flowing cape. reveal, her second look of the night featured a nude bodysuit embellished with sparkling crystals, and matching fishnet tights.

During her time on stage, Jennifer belted out her '90s hits "If You Had My Love" and "Waiting for Tonight," and sang covers of Chaka Khan's "I'm Every Woman," Gloria Gaynor's "I Will Survive" and Gloria Estefan's "Turn the Beat Around."

"We're giving disco tonight," she told the audience, per People. ""I've always wanted to live in a world like a sparkle disco queen. Do you guys mind if I live out my disco diva fantasy here with you tonight?"