Venice Film Festival 2019 winners: the good, the bad and the regional 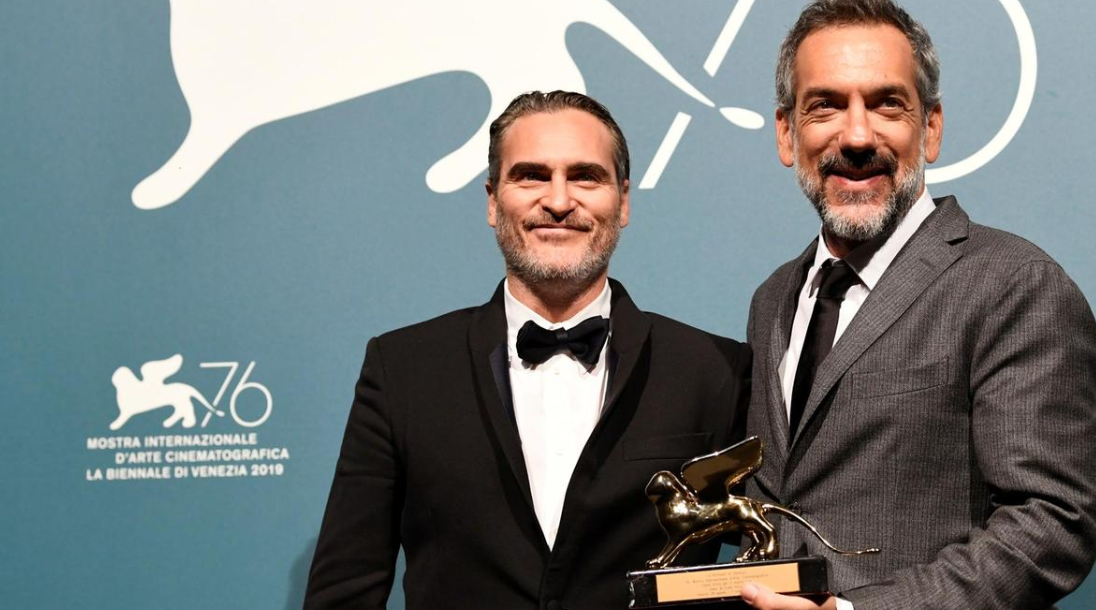 'Joker' and Roman Polanski took home top awards, while Lebanon's 'All This Victory' and Saudi's 'Scales' were also given film festival nods
There has been a mixed response to the Venice Film Festival's official awards, announced on Saturday, September 7. Joker, a daring take on the comic book villain starring Joaquin Phoenix, won the Golden Lion for best film at the Venice Film Festival with Roman Polanski controversially taking second prize with his film An Officer and a Spy.
It is the first superhero film ever to get this kind of arthouse kudos, and could now be on its way to Oscar glory. The last two Venice Golden Lion winners, Roma and The Shape of Water, have gone on to lift the Academy Award for Best Picture.
US director Todd Phillips, best known (up to now) for the slapstick comedy Very Bad Trip, paid tribute to Phoenix's intense performance, saying he was "the fiercest, bravest and most open-minded lion that I know".
"Thank you for trusting me with your insane talents," he said.
The movie, which The Guardian had described as "one of the boldest Hollywood productions for some time", has already sparked a heated debate.
Within hours of the Joker premiere, some warned that Phoenix's full-throttle portrait of a needy, embittered clown who lives with his mother could empower incels (or involuntary celibates), the angry, misogynist young men who have been blamed for so much far-right and white supremacist violence.
Vanity Fair's Richard Lawson worried that it was "exhilarating in the most prurient of ways, a snuff film about the death of order, about the rot of a governing ethos".
He feared that it "may be irresponsible propaganda for the very men it pathologises".
But most critics disagreed, with Variety's Owen Gleiberman saying Phoenix has remade Batman's arch-enemy as a "method psycho, a troublemaker so intense in his cuckoo hostility that even as you're gawking at his violence, you still feel his pain".
Polanski's controversial win
But almost as many headlines are likely to be made by Polanski's win. There were audible gasps when the French-Polish director, a pariah in Hollywood after his rape conviction, was handed the Grand Prix second prize for his Dreyfus Affair drama, An Officer and a Spy.
Having spent most of his life as a fugitive from American justice, Polanski was accused of drawing "obscene" parallels between himself and the persecuted French-Jewish army officer Alfred Dreyfus, who was the victim of anti-semitism and a miscarriage of justice around the turn of the 20th century.
Polanski, 86, has been shunned by the big studios for decades after he was convicted of drugging and raping a 13-year-old girl.
His inclusion in the main Venice competition, which included only two female directors, sparked fury.
The French-Polish filmmaker did not show up at the festival, leaving his wife, French actress Emmanuelle Seigner, who also appears in the film, to pick up his prize to muted applause and a few isolated boos.
She later told reporters that her husband was "very happy" with his win, saying the "film was very important to him".
The head of the Venice jury, Argentinian director Lucrecia Martel, had boycotted a gala dinner for Polanski, only to be forced to clarify that she was not prejudiced against his film.
Regional success at Venice Film Festival
Although Saudi director Haifaa Al-Mansour's The Perfect Candidate did not walk away with a Golden Lion, it was a successful year for regional filmmakers and actors at the festival.
Tunisian actor, Sami Bouajila, won the Orizzonti Award for Best Actor for his role in A Son. The Orizzonti Jury is a second jury at the film festival, which is run as a parallel to the competition for the Golden Lion. This year's jury was chaired by Susanna Nicchiarelli and comprised of Eva Sangiorgi, Alvaro Brechner, Mark Adams, and Rachid Bouchareb.
Away from the official festival prizes, there are also awards handed out at the Venice Critics’ Week.
Lebanese filmmaker Ahmad Ghossein's All This Victory won three critics' awards, one from the jury, another from the public and a final one for its technical contribution.
Second place, the Verona Film Club Award, went to Scales by Saudi Arabian director Shahad Ameen. Ameen's feminist fable tells the story of a young woman, Hayat, through modern interpretations of Arabic folklore.
According to Variety, "The Verona prize goes to the film deemed the most innovative in the section by a jury of young film buffs who belong to one of Italy’s oldest arthouse cinema organisations."
A political year at the Italian film festival
In a year fraught with controversy over sexual politics, festival director Alberto Barbera was also accused of being "tone deaf" for his inclusion of a Black Lives Matter drama by the American Nate Parker, who was embroiled in a rape trail while at university, as well as the director's cut of Gasper Noe's 2002 rape shocker Irreversible.
Politics also dominated the awards ceremony with the best actor and actress winners, Italy's Luca Marinelli (Martin Eden) and France's Ariane Ascaride (Gloria Mundi) dedicating their awards to the migrants who "rest forever at the bottom of the Mediterranean sea".
Both films contained references to people fleeing poverty and persecution.
Donald Sutherland, the star of the festival's closing film, The Burnt Orange Heresy, had earlier appealed to reporters to support the migrants' cause.
His co-star, Rolling Stones singer Mick Jagger, made a rare foray into politics to attack US President Donald Trump for his rudeness, lies and tearing up environmental controls in the US.
He also bewailed "the polarisation and incivility in public life" in his native Britain, pointing the finger at its rookie prime minister Boris Johnson.