John Crowley has to do a serious balancing act throughout the movie. But with two timelines and plenty of A-List talent to feature, the movie's pacing ends up slowing down. It's this lack of energy that sometimes brings The Goldfinch down. 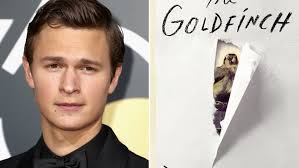 With the summer months behind us, the fall movie season is gearing up. These upcoming releases have the potential to have legs for the major awards ceremonies, if enough critical success and excitement is drummed up. Some of these hopefuls premiered at this year's Toronto International Film Festival, including John Crowley's The Goldfinch. The movie boasts an all-star cast, with plenty of buzz after its trailers began arriving online.
Based off the best-selling 2013 novel of the same name, The Goldfinch already had plenty of fans ahead of its film adaptation. The movie came from the mind of director John Crowley, who gained a ton of acclaim for his Oscar-nominated drama Brooklyn. And after assembling a stellar cast, cinephiles were eager to see what would come with his new drama.
The movie adaptation was written by Peter Straughan, and produced by Nina Jacobson Brad Simpson. Like in the novel, The Goldfinch follows the life of Theo Decker, both at the age 13 and as an adult. John Crowley balances the story between two distinct timelines, pivoting back and forth throughout the film's 149 minute runtime.
Given this framing device, the majority of characters are shared by both adult and child actors, as the audiences discovers their sordid past and eventual present. Theo is played in his adulthood by Baby Driver's Ansel Elgort, with Pete's Dragon star Oakes Fegley playing young Theo in the wake of surviving a bombing at the Metropolitan Museum of Art. It's a set of events that puts his life into chaos, and continues interfering with him as a man.
The Goldfinch also features another young survivor Pippa, as well as Theo's best friend Boris. Boris is played as a kid by Stranger Things and IT actor Finn Wolfhard, who meets young Theo after his mother dies is sent to live with his biological father outside of Las Vegas. But before that happens, he spends time with Nicole Kidman's Samantha Barbour, who becomes his new mother figure after she opens her heart and home to her.
The cast also includes Sarah Paulson, Luke Wilson, and Jeffrey Wright, with John Crowley having to do a serious balancing act throughout the movie. But with two timelines and plenty of A-List talent to feature, the movie's pacing ends up slowing down. It's this lack of energy that sometimes brings The Goldfinch down.
But while The Goldfinch might feel long as a viewer, it boasts some seriously impressive performances. That ultimately helps buoy the movie, and will likely keep audiences invested during some of the slower moments. Nicole Kidman and Jeffrey Wright deliver majorly, playing the two parental figures Theo has after his mother dies.
A terrorist attack is obviously a very emotional subject to cover on film, and one that could be potentially triggering for moviegoers. But John Crowley handles it artfully, not making the bombing bloody or gratuitous. Instead, the event is slowly revealed by Theo's memories throughout The Goldfinch. Glimpses become longer sequences, until we can see exactly how he survived, and eventually took the titular painting from the dust.
The Goldfinch is a famous painting, which become an emotional anchor for Theo in the wake of his mother's death. And as he hops around from home to home, he clings onto that token to connect with his mother. One of these homes includes the one occupied by his father (Luke Wilson) and stepmother Xandra (Sarah Paulson). The pair give extremely strong performance, with their sections of the movie helping to move forward in a more enticing pace.
But the pacing is ultimately what brings the movie down, as the elements for an outstanding movie are there. In addition emotional subject matter, The Goldfinch boasts a great cast and killer soundtrack. But it's also a flawed outing that might disappoint the sky-high expectations set ahead of its release. And like all book adaptations, avid readers and purists will no doubt have high expectations for the film to meet as well.