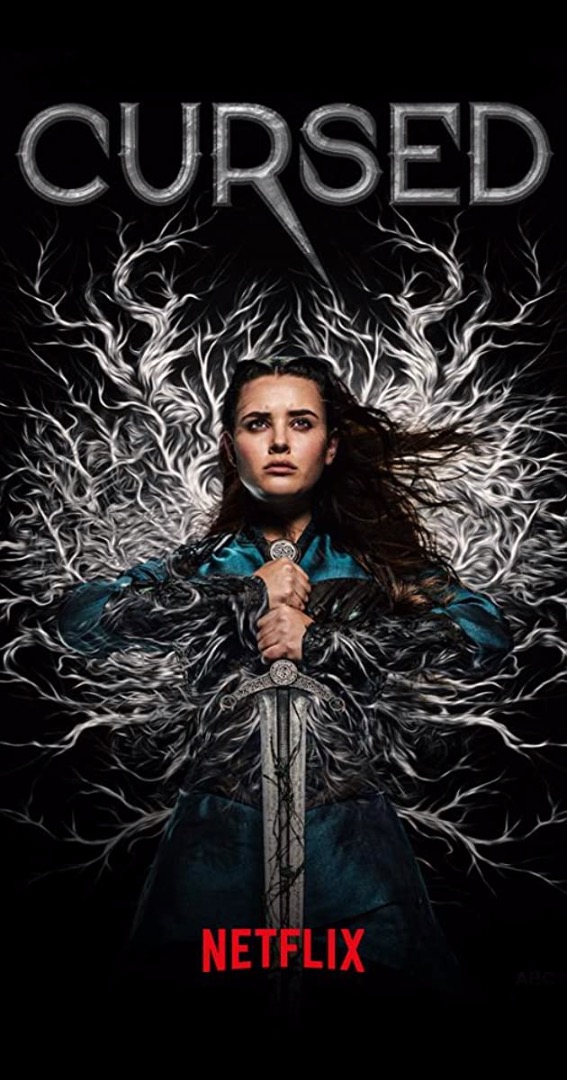 Cursed, a new R-rated fantasy series on Netflix reimagining Arthurian legends, has a lot on its plate. A coming-of-age tale following a young Nimue, aka the Lady of the Lake, its 10 episodes try to juggle war, a love story, a medieval land-spanning quest and a famous destiny that's ripe to be subverted.
Yet after a promising start, it becomes clear Cursed doesn't have a firm grasp on what kind of show it wants to be, failing to tie all those elements into one connected entity. Torn between young adult drama and R-rated violence, Cursed seems to decide it's best to wander into Game of Thrones territory, with political intrigue and a single impressive one-shot battle sequence. The sweeping English valleys are beautiful, and some of the imagery evokes co-creator Frank Miller's comics -- Sin City, 300 and the graphic novel the show is based on. But disappointingly, Cursed's biggest, yep, curse, comes down to its main character.
The show ultimately fails its young female protagonist, who has all the cool promise of a sword-wielding heroine destined to lead her people to freedom. Instead, Nimue flounders in romance and absurd decision-making, with no real personality that lets her shine as the powerful enchantress she's set up to be. We begin when Nimue (13 Reasons Why's Katherine Langford) is selected to be the next Summoner of the Hidden. The role involves protecting her druid people by using her gift to call on the elements.
Instead, Nimue rejects the position, calling it a curse. She laments her people for casting her out, after a demonic encounter scarred her physically and mentally from childhood.
Along with comic relief best friend Pym (Lily Newmark), Nimue heads to the docks, but instead of catching the next ship out of there, they come across Arthur, played by Devon Terrell -- the first Black actor to be cast in the role.
Like most of the characters with legendary names who pop up in the show, Arthur has a few quirks that mark him as different from what we've traditionally seen. Aside from a beautiful singing voice, he's a scruffy knight who charms Nimue, setting up a love story that ultimately lacks authentic moments to earn the sparks that fly.
When the Red Paladins, magic-hating agents of the church, invade Nimue's village, she's tasked with bringing the Sword of Power to Merlin (Vikings' Gustaf Skarsgård). But Merlin isn't at his magical best, drinking away his sorrows instead of doing what his boss, a petulant Uther Pendragon, asks of him.