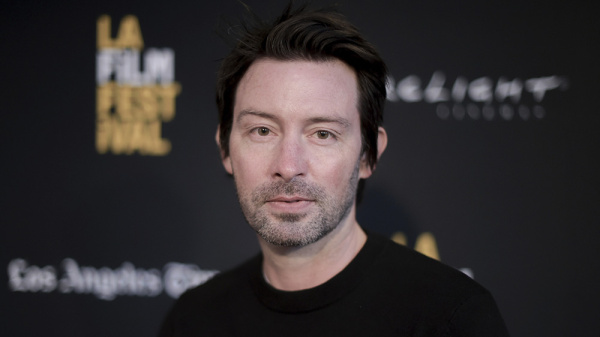 Actress and director Amy Seimetz has obtained a temporary restraining order against her ex-boyfriend, director Shane Carruth, accusing him of years of mental, emotional and physical abuse.
On one occasion in 2016, Seimetz alleges that Carruth jumped on her in a hotel room and strangled her until she struggled to breathe, according to filings attached to her application for the order. She also alleges that Carruth has continued to harass and abuse her since she broke up with him in 2018.
Both directors are prominent in the independent film world. Carruth’s first feature film, “Primer,” won the grand jury prize at the Sundance Film Festival in 2004. Seimetz starred in his second feature, “Upstream Color,” directed the anthology TV series “The Girlfriend Experience” and starred in “Pet Sematary.” More recently, she directed the film “She Dies Tomorrow,” which is due out this week from indie distributor Neon.
The restraining order came to light on July 10 when Carruth tweeted an image of a vinyl album of the “Upstream Color” soundtrack. A paper copy of the restraining order was placed underneath the album such that the names were visible. The tweet got wider attention over this past weekend.
Seimetz filed for the order on June 12, saying that Carruth’s messages had become increasingly disturbing and that she was terrified of him. In a May 15 message, which is attached to her request, Carruth allegedly said “You are Shiva, the goddess of death. I see you. I will know when it’s time for you to be done… You should be scared. You don’t know what I’m going to do… You should be scared.”
In the application for the restraining order, Seimetz said that a private investigator had conducted a “threat assessment report” and found that Carruth posed a “moderate to high level of threat.” A forensic psychologist who consulted on the report noted that Carruth had demonstrated “fixation” and had made “direct homicidal threats,” according to the report, which was attached to her filings.
“Mr. Carruth’s most recent contact has caused me extreme anxiety and emotional distress,” Seimetz wrote. “I am terrified for my safety and I fear that Mr. Carruth will show up at my home, physically harm me or even kill me. The fact that Mr. Carruth continues to harass, abuse, and threaten me years after our relationship ended scares me.”
A hearing on whether to make the restraining order permanent is set for Tuesday.
Seimetz obtained an earlier temporary restraining order in 2018. At that time, she alleged in a court filing that Carruth had screamed at her repeatedly while drunk, put his hands on her, and called her a “stupid whore” and a “stupid c—.”
In 2018, Carruth denied any physical abuse and the judge declined to make the order permanent. According to Seimetz’s recent application, that emboldened Carruth to continue harassing her in emails and text messages.
In a December 2018 email, also attached to her filing, he wrote “You want to fight me? Bring it. I will kill you.”
In August 2019, she pleaded with him to stop contacting her, according to the emails. In response, he allegedly wrote: “I know exactly where your house is… you’ll never beat me.” Later he said, “Understand how dangerous you are making this encounter.”
Carruth appeared as an actor in the 2018 film “The Dead Center.” During promotion for that film, he said that he was going to quit filmmaking.
In a Q&A with IndieWire in May, he said he would like to see all the studios die over the next five years.
“I am not in the same business as Hollywood,” he said. “This is not arts and literature in early Greece. This town is what everybody says it is.”
The AV Club recently described him as a “visionary auteur.”
A rep for Seimetz said she would have no comment. Carruth did not respond to an email seeking comment.