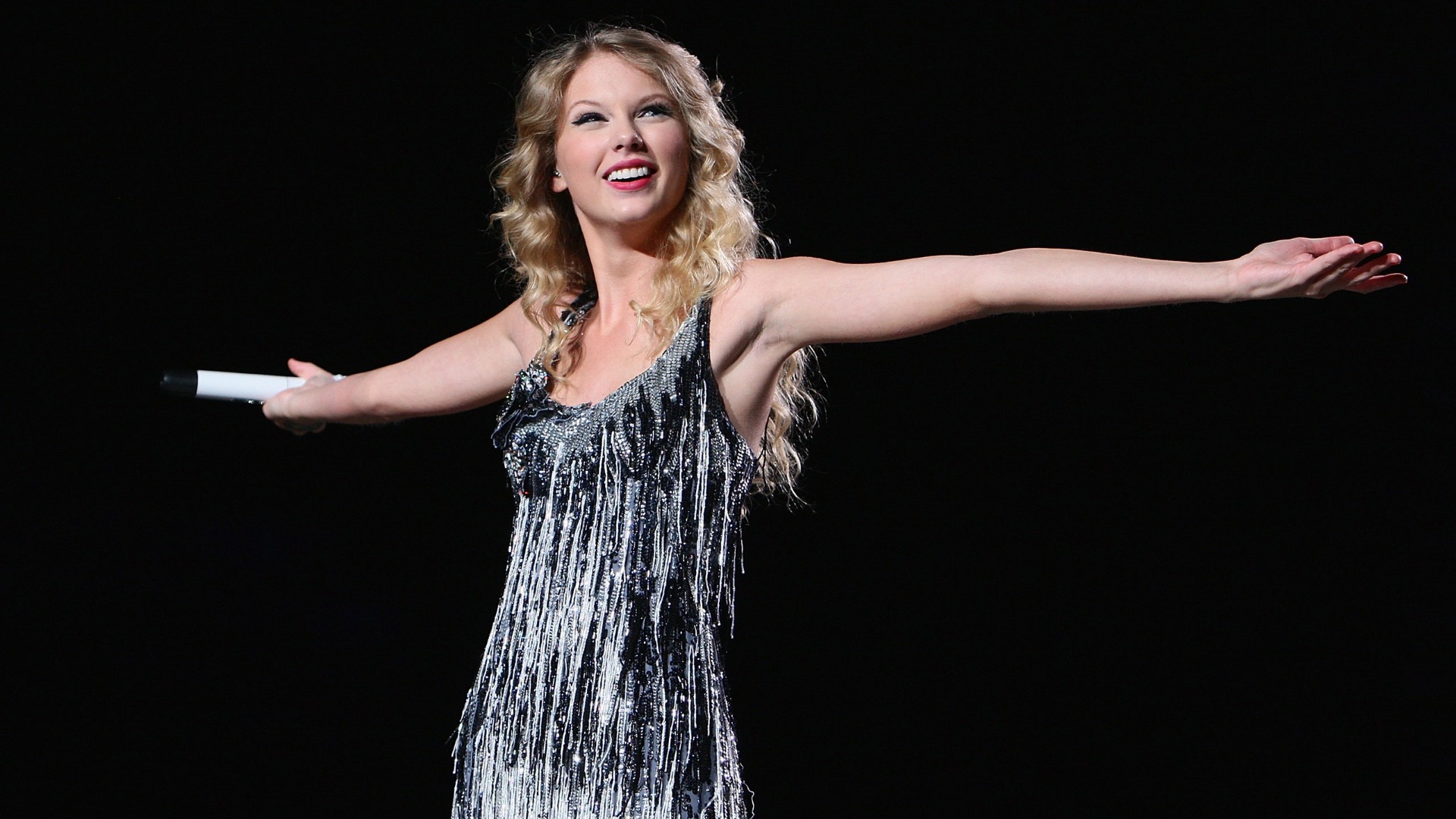 The old Taylor can come to the phone right now.
There may be no third folklore album — apologies to any Woodvale enthusiasts — but there is new Taylor Swift on the horizon. New old Taylor, anyway.
On February 11, Taylor visited Good Morning America to drop some news: her re-recorded version of “Love Story" will soon get an official release, along with the entirety of Fearless ("Taylor's Version"), her re-recorded second album.
Taylor's version of “Love Story” will drop tonight at midnight (February 12) in time for Valentine's Day. “I've now finished re-recording all of Fearless which will be coming out soon,” Taylor told GMA. But there's a twist — the new album will be 26 tracks, including six songs “from the vault,” which Taylor explained meant they almost made the album but haven't been heard publicly before. “The full picture,” she summarized. The album will also get new cover art.
In an essay on Instagram, Taylor elaborated on Fearless (Taylor's Version) and why she decided to include the previously unheard songs. “When I think back on the Fearless album and all that you turned it into, a completely involuntary smile creeps across my face. This was the musical era in which so many inside jokes were created between us, so many unbreakable bonds formed,” she wrote. “Fearless was an album full of magic and curiosity, the bliss and devastation of youth. It was the diary of the adventures and explorations of a teenage girl who was learning tiny lessons with every new crack in the facade of the fairytale ending she'd been shown in the movies.”
She even used an old trick — capital letter clues that spell out “A P R I L N I N TH” — which we can expect as the release date for when Fearless (Taylor's Version) will be available for us to listen to.
Even before the news had officially broken, fans speculated that it involved her much-discussed re-recorded songs. She confirmed she would re-record her discography back in 2019 on — fittingly — an edition of Good Morning America. “I think that artists deserve to own their work. I just feel very passionately about that,” she said at the time. “It’s next year. It’s right around the corner, I’m gonna be busy. I’m really excited.” She was allowed to officially begin reimagining her work starting November 2020, and in December, a snippet of her 2009 single “Love Story” was used in a Ryan Reynolds commercial.
The reason for the re-recordings, of course, is because Scooter Braun acquired Big Machine Records (and Taylor's catalog of music owned by them) from its founder and CEO Scott Borchetta in 2019. “For years I asked, pleaded for a chance to own my work. Instead I was given an opportunity to sign back up to Big Machine Records and ‘earn’ one album back at a time, one for every new one I turned in. I walked away because I knew once I signed that contract, Scott Borchetta would sell the label, thereby selling me and my future,” Taylor wrote on Tumblr when the acquisition was first announced. Scooter's Ithaca Holdings has since sold her catalog of masters to Shamrock Holdings.